The Talking Through The Medias team has been invited to screen and review the following upcoming films. These are the film line ups we are excited about because they are originals and franchises that seem like they will pack a punch. Here is my break down of each one and why I think you'll want to join us in the theaters.

As the summer months approach and schools’ prep to let out their students for summer break, theaters are bound to be filled with countless comedies, thrillers and dramas to escape the raging sun for some much-needed cool air shelter. From teens trying to escape a dream-scenario turned nightmare in MA with Academy Award winner Octavia Spencer, to a spin-off of the wildly popular series X-men with its most beloved character DARK PHOENIX, to comedy icon Kevin Heart returning to the big screen in a small package as Snowball for THE SECRET LIFE OF PETS 2 to an audience favorite duo fighting it out on stage in FAST & FURIOUS PRESENTS: HOBBS & SHAW and a Hispanic film of a turbulent relationship that will make you non-stop laugh with LAS PILDORAS DE MI NOVIO these summer film’s cover all genres that are sure to have something for all the ages to enjoy!
MA (May 31)

Developed by the executive producer of cinematic hit Get Out, the film stars Sue Ann (Octavia Spencer), a loner, who one day is asked by a teenager to buy some booze for her and her friends. She offers the kids her basement for them to drink, but MA’s hospitality soon starts to turn into obsession, and now these teenagers must find a way to escape the terrorizing ways of MA.

My Thoughts: Octavia Spencer, this award winning phenom has not let me down yet. Her acting style and presents is warm and inviting, strong and illuminating. Now take all of that charisma and put it in to a world of horror and madness. I have the feeling that this movie will have me speculating and have all of my expectations pleasantly and shockingly shattered. I'm looking forward to this screening because I trust the star and the

This is the story of one of the X-Men’s most beloved character as she evolves into the iconic DARK PHOENIX. Wrestling with an increasingly unstable power as well as her own personal demons, Jean Grey spiraling out of control threaten the fabric of just not the X-Men but of our planet. The family of mutants that we’ve come to know and love must face their most devastating enemy yet – one of their own.

My thoughts: This may be the one I'm most excited about. How will the Fox version of the X-Men conclude now that the property is back home with Marvel Studios? We may not be getting a film with the X-Men for five years according to the Disney executives but the end of an era is putting it mildly. I hope it delivers and can not wait till my crew and I are gobbling up more popcorn and getting our mutation on. This has been about 20 years in the making since the original X-Men film. Yes it has come to a new team but remember we're still in the same universe as the original.

This film will transport the audiences on an epic 2,000-mile adventure from the streets of Shanghai to the breathtaking Himalayan snowscapes. When teenage Yi (Chloe Bennet, Marvel’s Agents of S.H.I.E.L.D.) encounters a young Yeti on the roof of her apartment building in Shanghai, that starts an epic adventure with her mischievous friends, Jin and Peng, to help the magical creature “Everest” before zoologist Dr. Zara captures the Yeti and takes it far away from its family.

My thoughts: Just like you, I was thinking "what is this" don't worry, its Dreamworks. We should be in great hands. Lets take the family out and see what Chloe Bennet and Sarah Paulson, two of my favorite actors of the small screen have to show us.

This is the highly anticipated sequel to 2016’s comedic blockbuster that had the biggest opening weekend of any original film. Starring Kevin Heart as Snowball, Tiffany Haddish as Daisy and Harrison Ford as Rooster, these pets are up against obstacles that will determine their courage. The film explores the emotional lives of our pets, the deep bond between them and the families that love them, and answers the question that has long intrigued every pet owner: What are your pets really doing when you’re not at home?

My Thoughts: Okay, Now I'm ready. I feel that this time around we're really going to stick the landing and see exactly what our pets do when we're not at home. Maybe they'll save the city again from an army of upset animals but I'm thinking we're going to stay grounded and just keep the story domesticated and have more of a wholesome fun time as the secret is finally revealed.

The Fast & Furious franchise is back, now featuring its first stand-alone vehicle, with Dwayne Johnson and Jason Statham reprising their roles as Luke Hobbs and Deckard Shaw that must team up to defeat cyber-genetically enhanced anarchist Brixton (Idris Elba) as he gains control of an insidious bio-threat that could alter humanity forever. These two sworn enemies will have to partner up to bring down the only guy who might be worse than themselves.

My Thoughts: Dude, you had me at The Rock and Jason. There's no way that this movie shouldn't be a contender for the billion dollar club. Its coming from a powerhouse of a franchise and has franchise viagre staring in it. It looks funny and finally features superpowers in the Fast and Furious universe. Shut up and take my money!!!

YouTube | #pildorasdeminovio
The film stars “Jane the Virgin’s” Jaime Camil as Hank, a charismatic store owner with a big secret: he takes several amounts of assortment prescription drugs for his multiple personality disorder. His new girlfriend, unaware of this information, invites him to an island resort for a business retreat. After Hank discovers he forgot his medication, things go from calm to chaotic as he becomes unable to control his symptoms – something his relationship might not be able to sustain.

On a guys night out you would expect my friends to say lets just stay in the house and play some video games on the Xbox. This is a typical conversation that we have unless its a movie night. The things that get the boys out of the door are you run of the mill action movies. So how was I so successful in convincing a group of guys in their mid to late 30's to see a film directed by Olivia Wilde. Not starring Wilde, just directing, about two academic overachievers named Amy and Molly who spent their entire years in school staying out of trouble, hitting the books and getting into the best schools just to find out that the kids they grew up with all partied like rock stars and still got into the same schools?

On the surface this doesn't seem like our kind of movie. Well, we're the kind of guys who will see almost anything but lets just say we're the stereotypical red blooded American males. No way would we buy a ticket but something was in the synopsis that still was intriguing enough to get us in the car and to the theaters for the screening. After seeing the trailers and reviews our expectations grew a little more. I was sold from the get go but some of my friends required a nudge. Seeing a movie about two funny girls who are trying to have an epic night together before graduation seems like a plot that's been handled, remixed and done to death. Superbad kept coming to mind and a little American Pie.

Though the plot was in the vein of "been done before" there was still something that this movie offered us that none has ever before. The bond between the two may characters was something that felt believable. The kinds in the era of time that we are in today was captured extremely well. There was no typical bully versus geek scenario. These were not the most popular kids but the ones you would think were considered popular were not trying to start fights that needed to be handled in a Karate tournament with a crane kick. No one was going out of their way to hurt anyone else but at the same time it was clear that if you were not apart of the crowd you wanted to be apart of it was because you took yourself out of it and did your own thing. No one tormented you for it. That was refreshing in this film.

This movie tackled the notion that when you're a teenager and you're headed for the real world, life isn't just about checking off the boxes its about taking a little risk and putting yourself out there. Even though Amy was a lesbian and not in the closet she was still isolating herself from what she could have had if she took further steps. Molly may feel she is destined for greatness but her character was more about prejudging that she couldn't see the big picture right in front of her until it was too late.

Now once we get through the set up lets get to the meat. This movie was funny. Extremely funny. In comparison to the other mentioned films, the jury is still out on which ones I enjoyed more. but here is something that I could say about this film that I'm not going to say about the others. I want to see more from these characters. This movie is book smart on the basis that it can live in a world where extreme ridiculous things can happen and the way you adapt to them, one may need to be smart about. Other comedies just relied on the ridiculous and it just continue to be ridiculous. In other words, a movie like American Pie and Superbad were funny people in a ridiculous world where Booksmart had funny things happen that tend to be a tad ridiculous but the way through the moments were handled with more maturity and I give a tremendous amount of credit to the writing and Olivia Wilde as a director for pulling off this tidbit.

You could easily go into traditions and take the easy way out. The pretty boy jock is a jerk, the popular rich girl is mean. No, this movie was more complex than that because people are more than what we assume they are most of the time.

Here are a list of actors that stood out to me in this film.

Diana Silvers, she is also staring in the horror/thriller Ma. In this movie her connection with the main cast was shocking and not what I expected. Expect to laugh so hard in her scene. You've been warned.

Jessica Williams
When I first saw her pop on the scene I thought to myself "Yes, this queen fits perfectly in this world. I knew I was not going to be disappointed in her character and I was not. 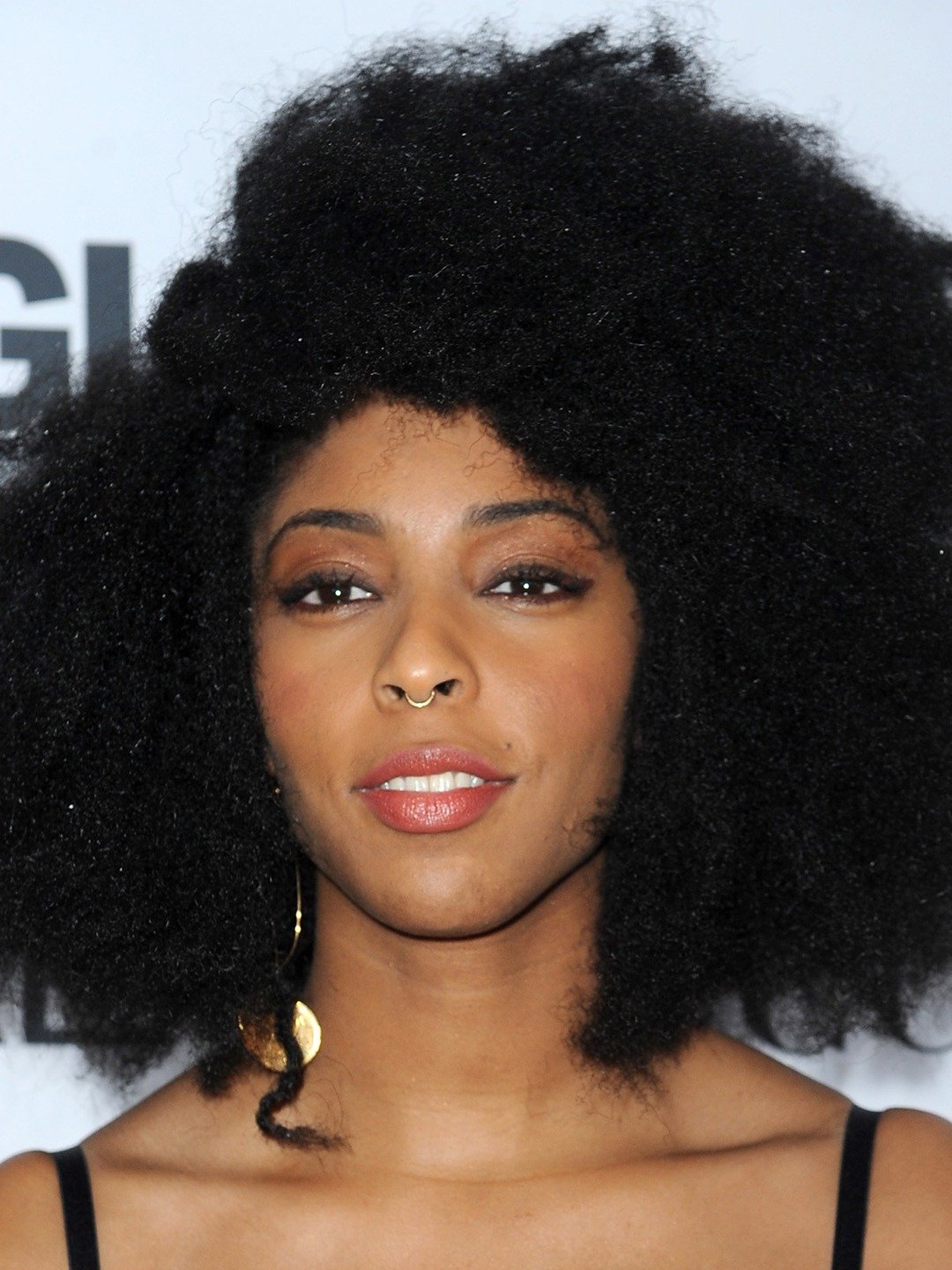 Mason Gooding, son of Kuba Gooding Jr. I remember seeing him on Ballers, staring The Rock, I assumed his character was one dimensional. Boy, was I wrong. I see a bright future for this young actor.

I recommend that everyone see this film. Especially young people. I'm curious to see if this movie to them feels like it reflected on them well. If so, please let me know. I'm available on my YouTube channel, twitter and Facebook for comments.