Supergirl TV Show Pilot (LEAKED) and I Need To Talk About It! 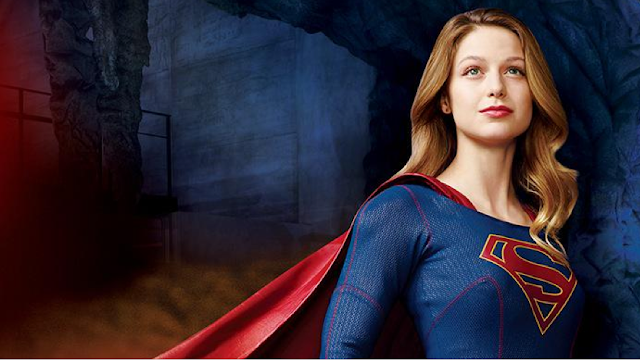 Well, the pilot episode of the Supergirl Series leaked online and I don't usually use this site for TV shows but I just had to talk about it. Despite what you'd believe the Internet isn't buzzing all that much about it. Don't think people have catch on to the fact yet. But yes, its out there. Here are my fears, thoughts and hopes for the show.

The upcoming CBS fall TV show Supergirl staring Melissa Benoist has leaked. Was it on purpose to get early feedback from the people. I believe yes but its just as likely some jerk in the studio is trying to get himself blacklisted in Hollywood. I won't go into too many details so not to spoil the show if you are truly interested in seeing it. I will say that after I heard of this idea, i was skeptical. After the first five minutes of watching I was sure that it wouldn't make it past one season.

The opener was too forced, we down right into the story we already knew of Kal-El, the dying planet, blah blah blah. The special effects were not that special but it may have been due to incomplete work, not ready for public viewing. The acting seemed horrible and I was doubting this was the work from the same producers of Arrow and Flash. Those two shows have different tones but the underlining makes both products intertwine with ease. I watched as Supergirl was sent to our planet and how she was found by her cousin Superman/Kal-El. You won't see the actor playing Superman but if I were to guess based on Kara's costume this version of Supergirl is taking some design from Man of Steel but defiantly no way can be the same universe. 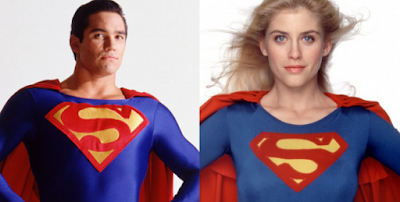 I couldn't get into the story, even when Dean Cain and Helen Slater appeared it felt forced and out of place. Seeing both the original Supergirl from the failed 80's movie and Clark from the mildly successful Adventures of Lois and Clark made me feel the universe was going to implode. Superhero movies staring girls are going to be tough enough to pull off but attempts like this and Wonder Woman will effect the shots to get them back on the big screen, Hollywood is sketchy enough as is.

Then the first action scene came. I will spear details and in reality when I saw what was happening my first thought was really, this tired old device again? But it started to pull me in. By the end of the first quarter of the show my intrigue was activated. It really started to pick up. Seeing Mehcad Brooks as Jimmy Olsen worried. Not just because fan boys hate when white characters are given to black actors. Not because their thinking, why black, why not Asian or Hispanic, no its always black. Even though Michael B. Jordan isn't getting as much hate as I'd thought he would, guess you can only change race when the first attempts with the all white cast fails so badly having the black guy come in who is a solid choice is not an issue. . .Did someone say OBAMA!? 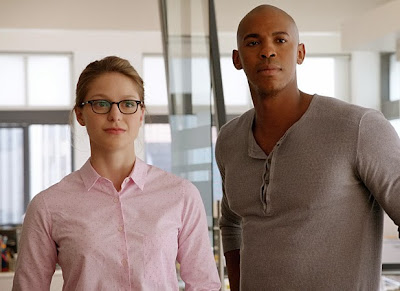 The reason Brooks is off putting is because in every major show he's put in he's always the bad guy and killed. Now he's Jimmy Olsen and the only thing he's killing is the character. I don't care he's black, but they got one of the most attractive, buff and likable guys in Black Hollywood to play the sometimes awkward, small, full of Rudy spunk but always in danger, photo journalist. Its just out there. His acting is decent enough and him as a love interest is understandable, judging by the cover, but physically he looks like he'd be rescuing Superman himself when the situation has the man of steel in danger. This guy is freaking huge.

The major plot line and last fight scene wasn't all that spectacular but there were so many moments when I said, "That was pretty freaking cool". Lots of room for improvement. I love the way they called out the fact that calling a grown woman "Girl" was not good for women's lib. But how the most powerful woman in the room Calista Flockhart as Cat Grant telling the most power woman on the planet that being a called a girl is not diminishing was a pretty cool scene. Won't go into it. 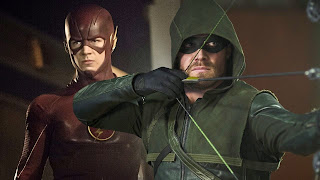 My fear was the cheesiness and there are some. I'd have like it if, like Flash and Arrow that Supergirl would have stayed more of a dark mystery. We've seen her cousin go into the light. Her having memories of her original world, I'd like her having more of a chip on her shoulders about humans and even rocking a read hoodie with the blue underneath and the S on her chest like some pics online show. Having this on a different network I was shocked to read that Warner exects have said that Arrow/Flash could still make a splash.

Over all the concept feels like lovechild of the Flash and Arrow show. At some points it has the Flash's light heartiness yet serious tone but in others ways I could see this getting down and dirty like Arrow and I hope at times it can. This show has potential. As of now, its probably on its way to cancelville but by the end of winter if we're knock over the head with a teased twist that the puts a crossover in the talk. More likely with the cast of the big bang theory but we'll see.