Before we go any further I guess we have to say for the few people who have not seen Avengers Endgame, spoiler alert, this article contains pictures and stories from the film that may spoil the ending or plot for those who have not yet seen the film. These are my favorite moments in the fight to save the world.

The Power Of Captain Marvel

To me this moment was extra juicy because it was a shot over the trolls bridges. The ones who spread the lies about Brie Larson regarding making movie marketing campaigns more inclusive. People like Mecharandom42 who are, not only obsessed with Brie Larson, but knowingly obsessed and using it to their advantage to make money on YouTube and Patreon. I don't mind it when YouTubers use their platform to earn, hell, give me some money but when you're telling the same joke over and over again. Not only will I refuse to pay for tickets to the show but I damn sure won't laugh at a joke I've heard them say umpteen times. This is why the shear power of Captain Marvel, handling Thanos and withstanding a super head butt to the face like a boss was to me a metaphor to the trolls. The look on her face, since a lot of them want to overly read into every little thing, too me said, "You'll have to do better than that Mecharandom42 who ever you are. 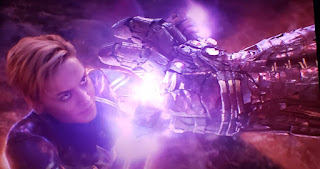 United We Stand
You know that a party is about to turn up when all the ladies walk in the room. When all of the girls began to sink up with Valkyrie in the background all looking like pissed off bosses who didn't make their quarterly earnings, I gleefully leaned over to my fiance and said "Gurl Power! Gurl Power!" I could feel the moment and knew it was a statement to the world, one saying "Times Up" and "Its our turn now" but I still loved it. I get a kick out of all the trolls, even the female ones who complain about it. I laugh when they say, "Okay, we have seen this with all or majorities males all the time but this was obvious". Yes, I agree, and sometimes its obvious when its all guys but its happened so often that we are numb to it. If it happens for powerful women more eventually it will become the norm and won't feel like a stunt. There will never be a day when a line up of powerful men will ever feel forced. So relax trolls. Especially the female trolls, I mean, who are you really trying to impress?

Gwyneth to the Rescue

Seeing her wear the suit temporarily in Iron man 3 was a joy but seeing her in full action made so much sense. Living with Tony Stark, surviving the snap and not settling to be the rescued but the rescuer makes sense when you have a new born daughter in a new world.

Her fighting skills, style and fortitude and the look in her eyes said it all. Never again.

Hi Peter Parker, You Got Something For Me?

This just made me want to see Captain Marvel be featured in an upcoming Spider-man film. If Peter has to go to space again I think the sense of humors from both Marvel and Parker would work hand and hand. Its no coincidence that in the latest trailer for Far From Home Marvel was requested by Parker to help when speaking to Fury.

The moment when Thanos' ship opened fire into space for seeming no reason I knew a galactic butt whooping was inevitable. 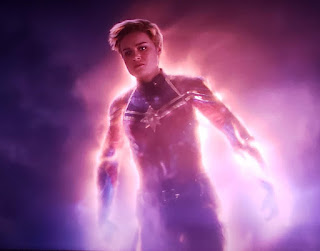 Why Was She Up There This Whole Time
Lets just let this moment sink in  a bit. Scarlet Witch can beat Thanos. By herself. Needed no help. Almost did if he didn't cheat and made it rain hell fire. 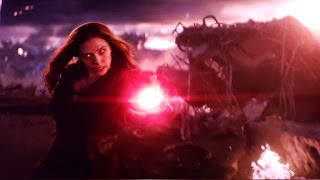 You took everything from me. Even my life. Now I return the favor would have been a great way to put it to him. I don't think he would have come back with that "I don't even know you" line. 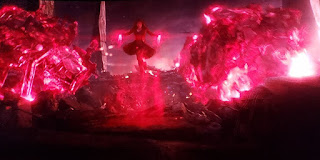 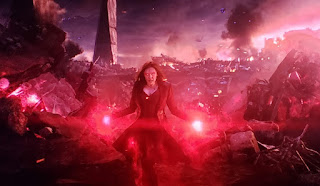 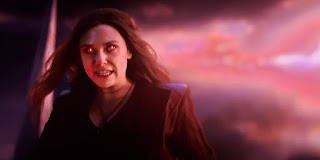 If Thanos Had These Ladies As His Daughter We Would Not Have Had Chance. I'm sure somewhere Thanos is thinking of this simple truth. "Why did I go for Nebula when I could have had a Witch".

Now that Nebula and Gamora are back in the mix, what I'm looking forward to is how Gunn handles the third installment of the Guardians franchise.