Fans looking forward to Dark Phoenix or what Disney will do in the franchise?

Now that the final trailer has been revealed it more appear ant that people are becoming more engaged with the final film in the long running X-Men Franchise. I covered the review and reaction of the final trailer with Jason Bell in studio with the permission of the marketing team hired by Marvel Entertainment. Partially to see if  I would be flagged on YouTube but that's only a red haring. Lets talk about the real topic. Are people looking forward to X-Men Dark Phoenix or what Disney will do in the future? 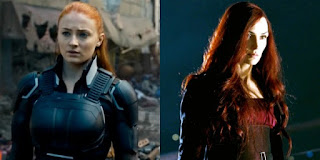 Going into the trailer people are not completely sure what they are seeing as far as story telling. The questions of who will die, if any, in this film and the comparisons to X-Men The Last Stand. Between DP and TLS from the trailer alone such as a major character will be killed. Even having the fight happen in a suburb neighborhood. If they use the same clip with Stan Lee i would enjoy it but we know that won't happen since the last cameo is set for Endgame. there is also a subway train scene just like the last stand. The only thing different this time is that the Phoenix is coming from space.

Are we just bypassing this film in hopes to see what Marvel Studios will do with the franchise? Well, people will have a long time to wait, maybe three to five years according to the Executive Producer of Marvel Studios Kevin Fiegi and that is at the least. It is possible that we could see a cameo happen but in 2019 that will not be likely. This is it for the X-Men franchise, Fox style, Disney is now at the wheel. I believe we can have a hit on our hands because of the fact that people are still all excited about the films that have come before it. I am looking to see how the series rounds out, what Marvel will do in the future and if there is any chance of a Storm and Black Panther wedding in the future.

Is Rey A Force Related Skywalker?: My Thoughts about the teaser and title of Star Wars Episode IX 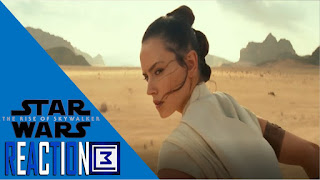 The Rise of Skywalker


After watching and reacting to the new title of Episode IX and the teaser trailer I am left with more than a few questions. Will this mark the return of Luke Skywalker? The title alone talks about a rise of a Skywalker. If this is about Kylo Ren becoming the Lord of The Sith in the name of the Force that would be a mind blowing ending. He is unredeemable after killing Han. My thoughts were more around Rey. If she is not a blood related Skywalker is she a Force Related Skywalker? Maybe the Force brought us the power of Anikan in the body of Rey. Maybe this is why we do not see him as a force ghost.

With Ian McDiamid's arrival to the celebration it just brought more and more questions to the table. I am now in the mind set that it is Palpatine running the show all along.

On Stage it was asked if the destroyed lightsaber would return. This was answered by Rey and the trailer. It was also said, by Daisey Ridley that there are movies to come. She was speaking matter of factly about tv shows and cartoons as well but this could be a tip of the hat that there are in fact episodic films coming after this but maybe not as soon as we all hope. The buck was passed to JJ Abrahms regarding new force tricks which seemed to confirm yes we will see something new in the force. I believe this is resurrection. The audience sang happy birthday to Daisy which was sweet and the joke about Kylo is a Big Man, talk to me about his light saber was great.

Billy d Williams: everyone lived, i did not betray han, this moment was awesome. He made it clear that he did was was best for everyone since he was helpless against Darth Vader. Think about it. What would you have done in that situation?

Kelly Marie Tran: standing ovation and chant of her name when she was introduced. The toxic fandom died at this moment. I was well placed and much love was felt in the room. She seemed to really appreciate it.

The name D.O. for the new droid is odd. I'm assuming its a service droid who's main function just to do for others, hence the name.

After the trailer there was an anchor leaving us to believe this will be one of the best episodes ever. Star Wars is off to a great start for 2019.