Upcoming Story of The Legendary Texas Rangers, The Highwaymen

The outlaws made headlines. The lawmen made history. From director John Lee Hancock ( The Blind Side ),

THE HIGHWAYMEN follows the untold true story of the legendary detectives who brought down Bonnie and Clyde. When the full force of the FBI and the latest forensic technology aren’t enough to capture the nation’s most notorious criminals, two former Texas Rangers (Kevin Costner and Woody Harrelson) must rely on their gut instincts and old school skills to get the job done. ­­­­­­­­­­­­­­­­­­­­­­­­­­­­­­­­­­­­­­ Based on true events, THE HIGHWAYMEN is the story of Texas Rangers Frank Hamer (KEVIN COSTNER) and Maney Gault (WOODY HARRELSON) who are drawn out of retirement in a last ditch effort to hunt down Bonnie and Clyde. As the bodies of lawmen continue to pile up, Lee Simmons (JOHN CARROLL LYNCH), head of the Texas Prison System, convinces Governor Ma Ferguson (KATHY BATES) to put the storied lawmen on the case tracking the elusive fugitives. Despite skepticism from state and federal agents for their old time, frontier methods, the pair eventually brought an end to the bloody spree that gripped the nation.

From the trailer you're taken away to a time of fear and desperation. The job of a trailer is to increase your interest in an upcoming film. With legendary actors such as Costner and Harrelson, there is no lack of interest. This is a pair meant to be together and wanting more is exactly where I expect to be after watching this film because it is exactly where I am just from the trailer. The outlaws made headlines. The Lawmen made History. Watch The Highwaymen on Netflix March 29, 2019 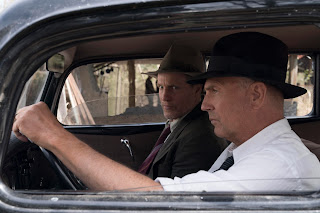 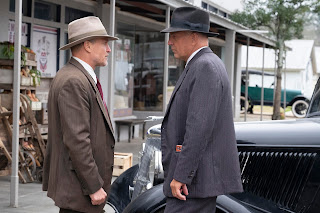 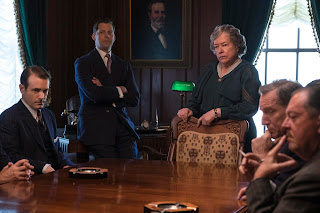