I have to say it because we know people get mad. Spoiler Alerts! The topics mentioned, though short may lead to exact plot points that could spoil the movie for some viewers of the Disney Marvel Studios Avengers Endgame.

The brilliant thing about the new trailer just like the last one Marvel gave us for Avengers Endgame was that it gave us some new things to look forward to without revealing anything, especially the plot. Here are a few things you might have missed.


Ant-man may start off the film stuck in a Quantum realm. 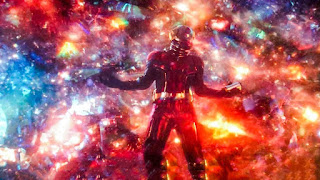 As we saw in the end of Ant-man and the Wasp. Janet Pym made a point of saying "Don't get stuck in a time vortex". He is shown at the avengers tower in the year 1983. This may lead into a plot to use the Quantum realm to go back in time during events in Avengers and Avengers Age of Ultron to collect the infinity stones to face off with Thanos. 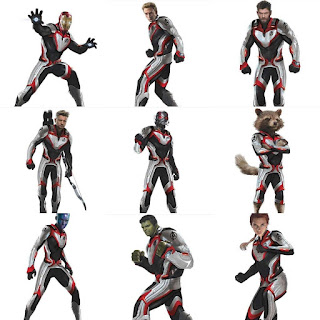 A lot of people think the new red and black suits is considered to be the ones they wear to go back off to face Thanos. But I believe this is what is warn to go into the Quantum Realm. Since Janet Pym mentioned the ability to get stuck in a time vortex with the help of the other Avengers, i.e. Tony Stark, they may learn how to use time travel to their advantage and go back and forth through time to reset everything. It has also been mentioned that toys have been released spoiling and confirming that these are in fact. click here for the story 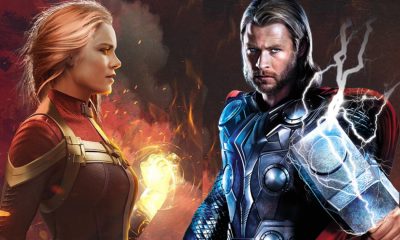 The Norse God and Carol Danvers have an intense face to face but they are not scene in the quantum realm suit walk scene. They must have been teamed up since they are able to survive in space. I believe the teams have split up and your two strongest guns are traveling through space. I think Thor would be a fool not to at least try to flirt with Captain Marvel. As mentioned on a facebook comment Brie Larson is looking like a snack in this trailer. Time travel and resetting things that Thanos has done to the universe may be why it seems that we will begin the next Spider-man movie as if the events in Infinity War and Endgame will not happen. Meaning we may be experiencing things in an alternative timeline that the Avengers can live with. Will the surviving avengers move to the new timeline and leave Thanos in the one he created making everyone happy? We'll have to find out.

If you want to see my reaction to the second trailer for Endgame click the link below. 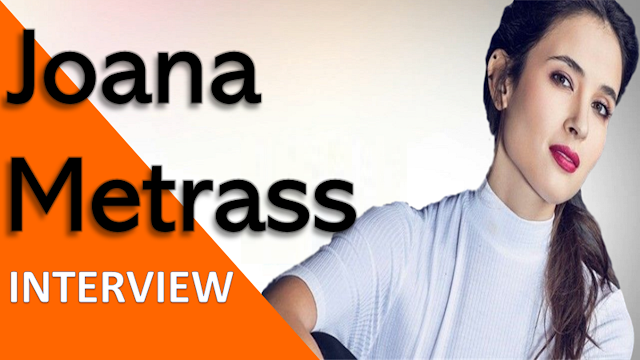 Born in Lisbon, Portugal with Italian, French, Argentinian, Jewish, Chinese and Cape Vert heritage. Known for her work in several international productions including the ABC series "Once upon a time" in the role of Queen Guinevere from Camelot. She moved to the U.S.A at 17 to do her senior year as an exchange student. In Portugal attended the Portuguese National Conservatory, in between studied in New York and Italy . Worked for several years in the Portuguese film and TV industry. Moved to London in June 2013. Where she landed her first parts in International movies. Wins a Gulbenkian grant in professional development and goes to Los Angeles in 2014. In 2015 moves to Los Angeles and lives and works at the moment between Los Angeles and London. 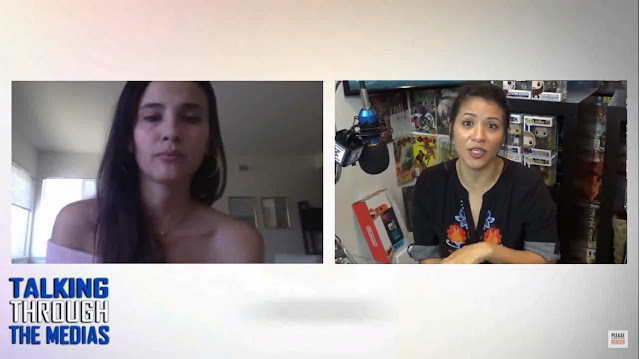 Briana: The transition from the Latin to American Screen?

Joana: I prefer focusing on the times, because I have an accent and I'm able to work with multiple different latin accents that helps with my parts. Because the reality is there is a ton of auditions. If there is twenty auditions for a part for people who look like me and have my age maybe one of those twenty will allow accents. Acting is different actually in North America than in Latin countries. Like the way you act. In latin productions they like more facial expressions and physical movement.

Briana: I'm actually in the same boat, my family is Mexican and Colombian, i have a thick accent and speak with my hands a lot. And now americans are embracing more latin countries. Do you see more opportunities
in your career today?

Joana: Yeah definitely it's changing the opportunities for sure Things are opening up a lot. Everything regarding our image and everything regarding the exit thing. the diversity in general and as a woman more interesting roles are coming up no matter where they're from. before if you weren't American there weren't as many roles for women and women writers.
Briana: What would you say is the project that you have enjoyed the most so far?
Joana: That's really hard that's like having a kid and having to choose the favorite. It's very hard. Just as you said that and why we're doing this I'm thinking about it and I'm like maybe this one but no not that one. But what I can say is definitely the project that I love the most in the reason why I'm an actress is projects that Not the main intention is for entertainment but To bring awareness and bring voice to causes that need to be heard. Like Once Upon A Time it might seem like it was a fantasy show and just entertainment but it's not it's a very feminist show and changing the way we see fairy tales . for instance, It's not about a woman in a tower waiting to be rescued it's the first Snow White story where she holds a sword and I love that. I like things that brings awareness. cuz when you go to the movies and spend 2 hours and spend time in someone else's story , crying for them laughing for them and that really Expands our level of empathize as humans. And I think that's our mission as artist cuz I believe the world would be a better place and really change your world as you grow more empathy. And that's what this film is about mine bed these kids are victim of circumstances and if it was To happen to us we would grow up the same way. There's a film that I did right at the beginning of my career that I that had some really tough teams that had some rape scenes. And I remember before doing that scene I was on the phone with my mom, And my mom saying well if this helps one girl out there it's already worth it. It's been eight or nine years since that film and I still receive messages and emails from girls who said it helped them.

Briana: I think if you can find that connection and I see that what you guys are trying to do. What future projects do you hope to be apart of?

Joana: I love projects with this kind of attention. That gives voices to these types of causes causes.I love doing Period things. I love, biographies and I love anything that changes my image a lot which is something that I don't get to do often. One of the reasons why I became an actress was so I could Have my hair completely different maybe purple or have a mohawk. I love having projects that make me have to create a completely different image. Briana: What was it like working with Jean-Claude Van Damme?

Joana: We had to do a lot of research for this film and the director got us to meet learned from FBI agents and with the gangs. It was a very challenging experience both for me and for him I believe. Jean-Claude Van Damme, He's kind of like a legend. I work with a lot of famous actors but never wanted considered a legend so I was really nervous when I got there. I remember sitting across a table I'm thinking he's just a colleague, like he's here like me.  There's a thing about his character, for him it was a challenge and for me and it was incredible. Discovering the depth of a relationship because we had to be able to communicate and be truthful in our communication for the audience to see it. It had to be so true we couldn't hide anything the audience has to look into our eyes to understand our relationship and our feelings and everything that's going on and that was really cool. Briana: Where would you be if you were not an actress?

Joana: It's a decade now it's been 10 years. I thought about it because an acting you have ups and downs. And you just never know. During those times of panicked and thought about it of course. And when I thought about it I panic even more. It's not what I would be capable of doing it's what else I would be happy doing. And I really don't know cuz this is my thing. I'm not one of those actors that would love to direct one day or something I love acting it's what I love doing. So I don't know what else I would be doing and I really don't want to have to figure it out.

Briana: now people are recognizing your name more and not just from the Latin to American culture. So I want to ask you one last name. What advice would do you give to young women?

Joana: I think there's two things. The first one is the biggest gift my parents gave me was ever since I was little oh, my parents always taught me that I was capable and I could do whatever I wanted to do. It was never a question. It never even crossed my mind. I grew up with all just systems and there were girls who said what do you mean you can't do it because you're a girl, cuz it was not a part of my reality. There was never any doubt if I was intelligent enough or if I was allowed because I was a woman or anything. I honestly grew up with the structural feeling that I was capable of doing whatever I wanted. At least going after it. I never felt less than anybody and no one is. no woman is. And that's for any job. And I think the other thing is but in a career it is as important to say no as it is to say yes. That change things a lot for me. I've had offers on things I said no to. And sometimes it's hard but it was completely against something I believe and I think that we get this fear culture that if we say no no one will ever call you again or they won't like you. You learn to say no in a respectful way and be thankful but if it goes against your values and it's something you're not comfortable doing my experience is that you actually be more respected for it. At the end of the day if you're not respecting for it it's about you and you having a clear conscience. I've had offers on role that I thought were completely degrading for women and I was completely against and I just wouldn't do it and I wouldn't talk myself into it and I think that's important.

The film is we die young it is in theaters and the west and everywhere on demand.
Follow Briana Ortiz: