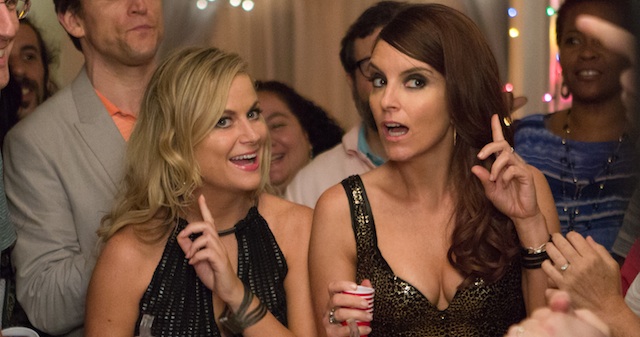 Today is a milestone for TTTM.

This is the first Reaction Video on the Blog and YouTube Channel. I'm excited and a little disappointed that the first one would have to be to this heap of garbage of a trailer. This trailer is no good at all. I've actually produced something that I'm proud of on the set of Talking Through The Movies but I know the Executive Producer of this film should hate the marketing campaign for this garbage.

Tina Fey and Amy Poehler are two of the funniest women in the business but this was so beneath them. I'm surprised its coming out. I was curious to see that WWE superstar John Cena was in this film. I'm more looking forward to what he's bringing to Trainwreck, which looks hilarious.