The Fall Out of R. Kelly: How R & B Fans Knew, Ignored & Even Covered-Up Multiple Sex Crimes (ALLEGEDLY)

I'm an 80's baby, black male in America. I grew up off Reed Rd in south Houston. Coming up, you knew a few things about sexual scandals. One thing for sure, if your favorite artist is the best in the business and evidence points to indecencies, you'll deny till they die. This was true about O.J. and M.J. Kell's was the same beast but a totally different album. When Aaliyah first came onto the scene with Age Ain't Nothing But a Number everyone in school talked about how it was because of her husband, the then 27 year old R. Kelly. The accusation that he was the type of guy who had an appetite for young girls were always surrounding his career. People forget that before the Me Too Movement men just got away with this if they had a certain sense of untouchability. You would think that a black man in America, rich or not, famous or not, would be one of the first to go down for this. You'd be wrong. If you had a certain look. Could make a lot of money for a lot of people and didn't make too many splashes in public, the sick and perverted rich would embrace and protect you. Combine this with a loyal fan base, pre-social media and you have the perfect storm of reasonable doubt. Lets not forget the many men and women, young and old, who would say "She knew what she was doing. Probably came onto him for record deal". These were the kinds of thinking they needed to ensure they'd need not lift a finger to defend themselves.

When I was 20 years old, the emphamis Pee-Pee tape was circulating. Again, this was before twitter, facebook, youporn, tumblr, insta, snapchat, and more. This was during the last few years of VHS. That's right, back in the day, when there was a sex tape it was filmed and circulated on tape. That's where the name came from; video taping sex, getting the tape, putting it into a VCR, connecting it to another VCR and making copies. It was a slow process, but this tape was in such high demand people actually took the time off from bootlegging movies to make copies of this. This tape was making Blockbuster Video numbers.

A lot of people saw it, shared it and sold it. The weirdest moment in my life was when I was getting a haircut. Definitely one of my last ones, since I lost my hair in my mid 20's, and the barbers were talking about something or other. Now barbers blab about a lot of things. These men gossip harder than the stereotype placed on women. I mean, dudes talk. I usually tune it out and watch as the barber cuts my hair and hope he doesn't laugh too hard and fucks it up. Suddenly one of them said, "I have it right here". This was at Sharpstown Mall. Each barber left their current cuts to swarm over a mounted old 15 inch making sure to angle it away from the front glass entrance.

This man has had several accusations, appearances in court and all types of media coming after him from The Chappelle Show to the Boondocks. None of it stuck, once Aaliyah died it seemed like nothing would. Kell's even recently shared the stage with Lady Gaga. But in the 2000's this man seemed like a musical unstoppable force of nature. 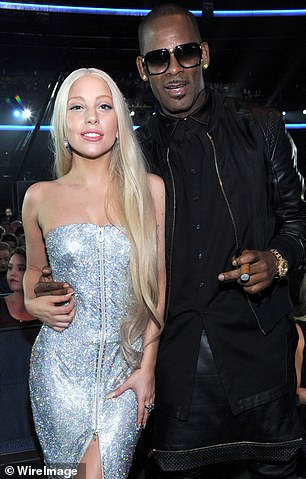 Now that the Surviving R. Kelly documentary has come out, it feels like once again the walls are closing. There are a lot of people who I feel narrowly escaped the wrath of the Me Too Movement. Eminem, Peyton Manning, and for a long time I thought R. Kelly. Will this be the moment that takes down the Pied Piper of R & B? A name, by the way, that was the biggest confession to what the was being accused, in somes opinions.

I have yet to see the documentary but when I do I will post a Binge Review on the YouTube Channel. New videos are uploading every Thursday and Saturday. Stay turned. www.youtube.com/t3medias