Joana Metrass Connected With JCVD Without Ever Speaking

I was given the opportunity to speak with Joana Metrass to promote her latest film We Die Young. A film coming out March 1st 2019 about a war veteran who tries to help a boy and his younger brother when they get mixed up with a vicious drug lord and his gang.

After a few attempts to clear up the static on the phones we were finally able to have a great conversation about her career and upcoming projects. This is the partial transcript of our interview together.

Chris: What was it like being on set and working with JCVD?

Joana: It was incredible and an honor. I did the audition without knowing JCVD would be in the film. When i got picked i found out and was very nervous to meet him. He was very humble and we had a lot of fun. It was great.

Chris: So when you found out you were going to be working with him. How did you approach and prepare?

Joana: I watched one of his recent films. It was great. He has a great monolog. I was really excited. Jean Claude Van johnson. There was a film before the show, that's what I watched. It's a parody of himself. It was an incredible film.

Chris: You speak about the monolog. That was an interesting thing about We Die Young. JCVD would not have any dialog. When i watched those moments it was your time to shine. You brought the emotion out. That's got to be a rough thing. How did it make you feel to do the majority of heavy lifting of dialog?

Joana: I was a challenge. We both couldn't hide behind words and use emotion. It had to be in our eyes not the words. It was incredible. I felt he did the heavy lifting. He had to communicate things without speaking and that was incredible work. We had to discover things and it brought us close to each other. It was a great journey. 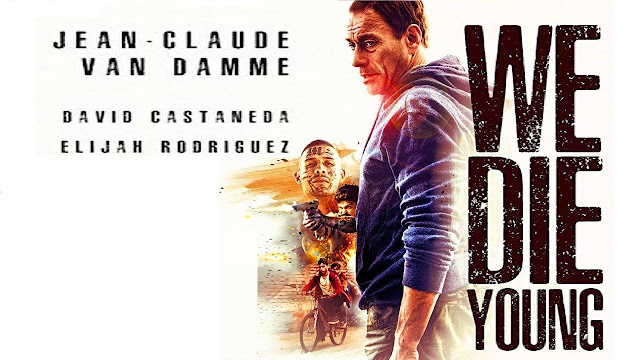 Chris: I imagined funny things behind the scene where he stayed in character. Did he do things like that and not speak a lot to stay in character.

Joana: Once we would walk down the street sharing a piece of bread and connect without speaking a word. We became more fluent in that language.

Chris: Without giving away any spoilers. The movie is about gang violence. Were you on location in Washington DC?

Joana: no we actually shot this in bulgaria. They did a great job. They had real images of areas and how they really looked and were able to replicate it very well. Our director was amazing and passionate and made the impossible possible.

Chris: was there a lot of talking about MS 13 and the political environment? 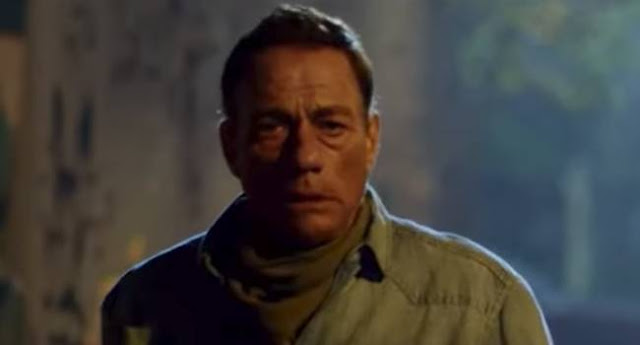 Joana: we all did a lot of research. We brought what we had and knew and talked a lot about it. Our mission was to bring a different way of telling the story and not just make it black and white. We tried to understand why a kid would join a gang and not just say someone was bad for doing it. We tried to speak of every side and why people would do the things they do. My character was completely against the gangs and wants to stay apart from them. Not everyone in that area was about or supported a gang and a lot of people are different. People are victims who have to live that life everyday so we have to understand and not generalize.

Chris: That was well portrayed. I have one last fun question. You've done work with Henry Cavil and Armie Hammer. Cavil cast as Superman and Hammer was cast as batman before ben affleck. Is there a dream character you'd like to play or a superhero you'd like to play.

Joana: I'm completely in love with wonder woman. I love the way they are setting up the film with a female director. I wish I was doing that cause it looks awesome and so much fun.

Chris: If you couldn't be wonder woman her self you should be one of the amazons.

Joana: My final project in drama school was to play an amazon I would love to play one again.

Chris: It was a lot of fun talking to you.

Joana: Thank you. I will try to connect my social media to you.

Chris: why should we take a look at this movie

Joana: It's very excited and powerful and makes you look at things in a different. It went to select theaters and will be out on demand march first.


You can listen to the full interview on our Youtube Channel.