How Does The Countdown Movie Range In The Freddy Krueger Effect? 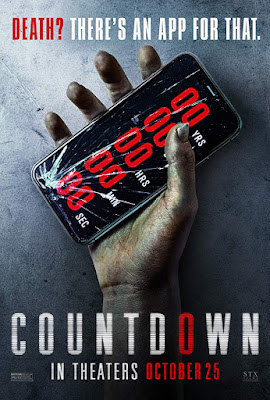 A couple weeks before the movie debuted at theaters, i took a look at the horror film Countdown staring Elizabeth Lail and Jordan Calloway. Directed & Screenplay by Justin Dec who's only director credits are a few video shorts and a TV Movie. Now, I'll say that cutting his teeth on a film like this was a great jumping part. I feel that Dec gives good directed and pulled out a lot of steller performances out of his cast whom I would bet had a great working chemistry and just had a blast working together overall.

This movie is based on an ancient biblical curse that has found its way into an app that lets you know exactly when you're going to die. Trick is figuring out how to beat the system before it kills you. Enter our hero Quinn Harris played by Elizabeth Lail. Quinn is a new registered nurse who has to deal with the realization that a new app that only gives her a little over two days to live just maybe the real deal when she's haunted by people in her life that have been victimized by the app or have long been dead in her life. She feels that she is going crazy and is only vindicated when Matt Monroe, played by Jordan Calloway of Black Lightning says he's having the same issues and has just about the same amount of time to live. The performance by Jordan was exceptionally well done by the young brother (I can say that by-the-way) and shows me that he may be one of the few that can make it out of television fame and become a serious contender to the big screen as a leading actor. Keep an eye out for this young man.

Break out performances that stole the show were two fold. P.J. Byrne and Tom Segura. Both of these guys could have had the movie be about them and would have totally crushed it. I could see a sequel being made by the two of them alone and make this franchise really work.

The reasons I see franchise potential, if the film is a success, is due to what I call the Freddy Effect. 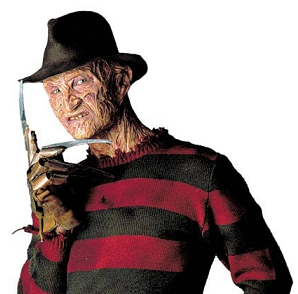 The myth of Freddy Krueger was amplified by the real life reactions of children who saw the film and had real nightmares about the character. It made people grow up believing "Is this real or possible" of course it was not (or was it) and people eventually moved on. It is still fun to have those types of reactions from a movie. Since we live in a world where smartphones are considered a basic need to live like water, air, land and food its not hard to insert a horror element that can disrupt the way we view these phone applications. If the marketing was better at promoting the film and not afraid of the backlash from parents or social media or both then the myth of "Is This Real Or Possible" would have made the movie a lot better to experience. Not necessarily a better film but a better experience that could lead into a franchise. Paranormal Activity had a touch of the Freddy Effect based on how people view ghost, haunting and religion. Countdown even more so because of the fact that the fact of the majority of humans on earth own a smartphone, 100% of them have to sleep. The F.E. percentage of 71.4% potentially. For Paranormal Activity only 45% of people believe in ghost. The numbers speak for themselves. 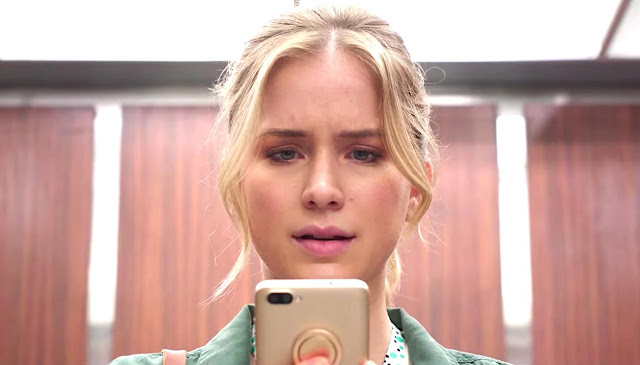 At the end of the day Countdown was a lot of fun and I would not mind seeing more of this. its rated PG-13 when it could very easily been an R film. The horror was not in the blood and guts it was in the shadows and the creepy ways the monster tortures you before you meet your end. Its a fun movie to go see before Halloween and get creeped out before trick or treating. Warning there are some graphic kill scenes. Prepare Yourself.