Cloak and Dagger: Would a visit from Squirl Girl be good? 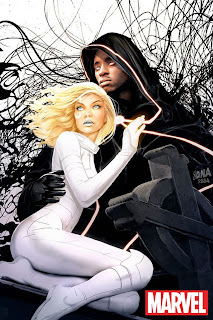 Watching Cloak and Dagger was interesting to say the least. I didn't feel like I was watching a network syndicated television show I felt like I was watching something streaming on Netflix or Hulu. Not because of the language more of the tone. Not what I expected after seeing Agents of Shield. I wouldn't be opposed to seeing any of the agents show up in this show as long as they match the tone that this to show has set. there's no need for the comic relief to try to match what Agents of Shield has said if they do then the world suggest they separate. I could see one of the agents dropping by and giving a little support maybe when one or both of the characters are in danger. No need to see a jet fly away and vanish. there's also no need to acknowledge the movies, the incident, but if they wanted to acknowledge some of the things that's been going on on the Netflix show such as Daredevil I would not be opposed.

The character development the majority of the time was good. It makes you long to see what will happen when they do fight side-by-side. I'm curious on how it will look, how they will train. I'm also wondering will they become a love interest for each other. Maybe they will briefly or maybe they'll go the brother-sister route I will be okay either way. But one has the potential to be a disaster for the writing. Other than that I guess I'm worried about a possible villain of the week cenario versus getting bored with whether or not they'll exercise their personal demons having it dragged out for too long. 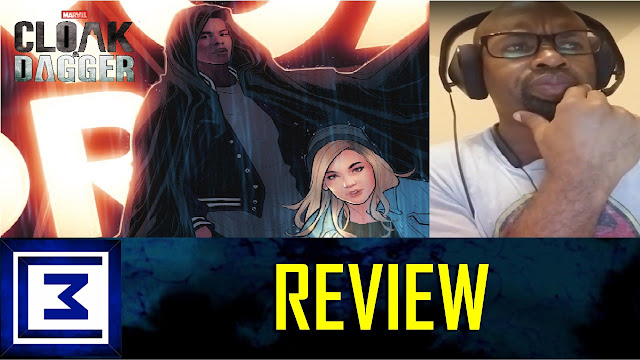 What I would love to see Is other Marvel characters making an appearance. I don't know why but I feel like Squirrel Girl could bring some crazy comic relief and a dark tone that would knock the socks off of some viewers. In recent videos I've said that squirrel girl could be the one character that could jump from movies to TV show but I'm more confident now than ever that marble will never do that. Cloak and Dagger is a great show so far with room to soar even higher. let's hope they stay grounded and consistent. Let's hope the writing enhances this tone and takes us to places never considered. From the black lives matter to all lives matter, what do you take a knee or stand for Liberty. There's something here for everybody. this is the kind of show that reflects a lot of what real America is about. Not crazy costume heroes and villains jumping all over the city but the idea that a young black man can come from a quiet suburb and a attractive white female can be a con artist and a thief because she's falling from a  privileged Life Style.

I'm looking forward to seeing more, if you are a consumer of Cloak and Dagger comment and let me know what you hope to see in the future. Till next time.

Updated: A few characters that would be perfect to make a visit in this show. Luke Cage, Jessica Jones, Iron Fist, Squirl Girl, Aunt May, Ghost Rider, and Mack from Agents of Shield 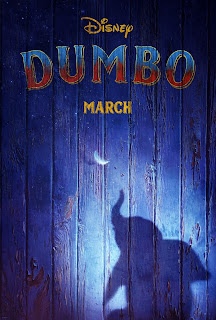 Prepare yourself consumers, this is Christopher Fagan with T3 media's and I am a little more excited about Dumbo that's set to come out in 2019 directed by Tim Burton. I just saw the trailer today and gave a bit of a reaction to it. I did this on YouTube first and wanted to save the full details of how the movie looks thus far based on the teaser alone for the site with you all today. I remember watching Dumbo as a little kid it wasn't a movie that was in the VHS or DVD collection at my house it was a movie that came on the Disney Channel every now and then you would watch it when it was on. The story about Dumbo is classic one of the other times I saw Dumbo was in The Who Framed Rodger rabbit movie. This is a lovable character with a heartbreaking story. The love that this animal has in his heart that gets constantly broken repeatedly from the very beginning of the movie is something that can melt the heart of the toughest individual. The scene where, spoiler alert,  Dumbo's mother seized Dumbo being mistreated and goes on a rampage to stop it just to have her self labeled as a mad elephant and taken away from him forever, this is something that any mother, any parent could relate to. You will not harm my child everyone understands this. 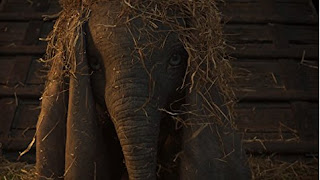 Another thing that stands out is the fact that Tim Burton is directing. I've always admired his work on the two films he did Batman and Batman Returns. Edward Scissorhands that he was hired to bring them both to life. A lot of people doubt it Burton's ability but I kept thinking about that crazy dream sequence from the original cartoon. Think about how warped and weird and spooky that whole thing was when gumbo was not in his right mind. You need someone Justice spooky and creepy to really bring that together. Now that this teaser has given us a little taste of what to expect I'm even more excited to see that sequence play itself out. The time that I was watching this trailer I kept thinking to myself “Burton I'm going to do it you're not going to tug at my heartstrings”. but seeing Dumbo rise from that Haystak he did just that.

This movie has a lot of room to be a disaster, I mean look at how Alice in Wonderland was really handled. I never thought Disney would put another franchise in Burton's hands after that but you can't argue with the results. The first one made a killing. It made enough money to justify the flop. Let's call it a mulligan and let's see what he can give us. and now it's like he's getting the band back together. Let's erase the mistakes from the past and go forward by getting some of the things that worked further in the past Beyond Alice in Wonderland. Let's get Michael Keaton. Danny DeVito. Colin Farrell. Those three names alone should Inspire confidence.

After everything that Tim Burton has given us, classic films, I'm Evermore excited that this movie will be executed properly. I could be wrong but I doubt it. Let's hope that it's heartwarming and pushes the envelopes of what we were able to do visually in the weird and wacky Hollywood sphere. with a mind like Tim Burton, I'm pretty sure it won't disappoint. But if it does it doesn't take away from what Dumbo really is at heart. I like what I see so far and I can't wait to see more

Till next time consumers

Update: 6/22/2018
Youtube has blocked my reaction video due to the copyright of the song "Baby Mine" audio may not be 100% up to standards.