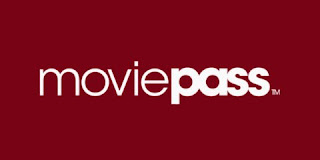 Good artist create great artists steal. That's been a saying for a very long time and it hasn't been for true until now.

According to amctheatres.com via FAQS the membership will launch on the 26th of June 2018. Its being dubbed as the latest and greatest of loyalty programs. Moviepass responded on Twitter

AMC has repeatedly disparaged our model as a way to discourage our growth because all along they wanted to launch their own, more expensive plan. We want to make movies more accessible, they want more profit.
— MoviePass (@MoviePass) June 20, 2018


First I want to make it clear that I am a subscriber to MoviePass I've had my ups and downs with the service but overall I've had Fairly good experiences. My only suggestion is if you have an issue with MoviePass call them during their business hours to fix the situation. I'm critical on the fact that they have stop allowing people to view the same movie more than once, other than that I like the service. After seeing their reaction on Twitter I could do nothing but shake my head. It's very childish and low for a company or any institution to respond unprofessionally. This was the reaction of a four-year-old.

If you have nothing good to say don't say anything at all but it makes them look like if you have nothing good to offer then you're afraid of your competition. their response should have been more on the lines of taking ownership of the new platform that they have pioneers and reminding people that they were the ones who did it first. afterwards you try to be the company who does it best. Microsoft didn't overtake Apple because they make better products Apple started to lose because they took their eyes off of what was important. Once Apple stated that they were no longer in the business of trying to beat Microsoft they were in the business of making the best products then Apple became the best company in computer development.

This may prove that the theory that movie passes on its last legs true. I Can Only Imagine it can survive for a few more months. I would be shocked if it made it to 2019. What movie pass needs to do is focus on its customers and provide the best service. They need to listen to what people are saying and not just be reactionary but just strive to do better otherwise they're not going to last. AMC is a movie theater chain, they've already established name recognition and have so many locations that they can afford this Subscription Service easily. More so than a company who is just doing it as a third party. For them to charge more than Movie Pass is a sign that they are prepared to provide a better service and experience the movie pass can since they control what happens inside of the theaters more than Movie Pass can. Again you can only reach Movie Pass via the app or by calling in. You can easily make a complaint or have a problem solved buy a manager anytime you're inside the theater.

I'm still a cardholder of MoviePass but I will be looking into this further when AMC Stubs a list drops this June 26th 2018. I will test it out and see if the service is superior in any way shape or form and if so I am announcing now that I will be cancelling Movie Pass. it may force my hand to only go to an AMC and I met want to go to a movie theater that may not be in AMC at any given time because it's geographically convenient but what a list is providing it's just too good to pass by. The ends justify the means. 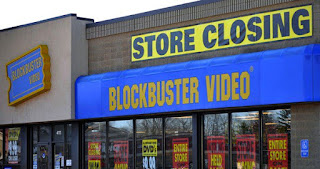 It wasn't long ago that Blockbuster Video was the top video rental retail store in America. they gained so much strength and influence in Hollywood that they even had a blockbuster awards ceremony. in the early 2000 the creators of Netflix offered themselves to Blockbuster and the powers that be refused to buy the company. Their thoughts was people like coming into our stores it's a waste of time to have these movies mailed to people. They did not see the changing of the times and the fact that the average consumer was slowly turning to a we don't want to leave the house mentality. Once Netflix mastered their streaming services online it was already too late Blockbuster chains were closing down and Netflix was too valuable. At one point Blockbuster Video tried to mimic what Netflix was doing offering a better streaming service allowing people to turn in DVDs that they had mailed to them at their change. This didn't change a thing. Netflix's stock is up and Blockbuster is down to two stores in Alaska. If MoviePass doesn't learn from their mistakes they will go the way of the Blockbuster.

People were sad when Blockbuster closed down. It took less than a year to get over it and now Netflix has over 94 million subscribers as of 2017. If you can't pay for your life, you will vanish.