Totally Baked: The Perfect Trilogy Idea For The Half Baked Movie 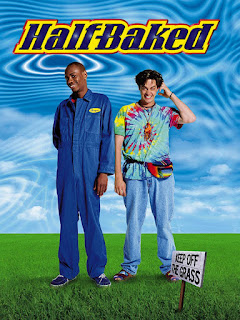 Its been so long since Dave Chappelle gave us Half Baked. A lot of things have happened since then. Dave Chappelle gave us one of the most successful TV shows on Comedy Central with the Chappelle show. he's had a long hiatus lean to Africa after being offered 50 million dollars to continue the show and turning it down. He's since had a return on Netflix giving us proof that he has not lost a step, yet has only home his skill. is it time for a sequel to Half Baked? Not only should there be a sequel, there should be a trilogy. Speaking with friends about this topic we believe that a sequel to half-baked should be called Fully Baked + 1/3 film be called Completely Baked. giving the entire set the name Totally Baked trilogy.

A lot of films have come and gone to later spotted sequel many years later to great success. In theaters right now is Incredibles 2 after 14 years since the first one it has shattered box office records crushing the Finding Dory opening weekend record for a 180 million dollar opening. I'm not saying that the sequel to have faith would come anywhere near these numbers but with Chapelle Riding High on his new wave of success it seems like a no-brainer that he should keep making movies. He has changed the way comedy shows are done and has even joked that Key & Peele stole his whole formula to make their success on Comedy Central.

It has been so many years since the first moving and America's perception of marijuana and how it is distributed legally has also changed, the field seems right, pun intended, 4 a new look at these characters lives. Maybe they will open up a legal pot store and deal with life as business on it. Or maybe they should deal with the fact that now that everyone is smoking weed there's no place for old school smokers and maybe they should deal with The Changing Times in very bad ways. I'm just brainstorming, if my ideas are used, I know that I would still have no claim to any thing unless I was officially hired on as a writer. But if I were producing I would demand a Totally Baked trilogy. Super Troopers 2 and Veronica Mars shows us how these sequels should not be done but I think Half Baked thanks to Chappelle's Newfound Stan's in Hollywood could make a successful Sequel and trilogy.

I would go as far as saying that he should take on all the new faces and comedy like Key & Peele, Aziz Ansari, Seth Rogen Etc. The sky is the limit and with the characters that Chappelle is famous for bringing to life to also return would be amazing. People do not realize that they have big movie featured a lot of successful comedian. To this day people still quote John Stewart's on weed lines. I am I'm ready for this to happen. The question is is America?

Of course we would need the original cast to all come back. See some of their lives have turned for the better and others have gone to a worse scenario. There is so many opportunities but I feel like the perfect home or this would probably go to Netflix. so let's make it happen. Netflix please give us the “Totally Baked” trilogy. people if you want this to happen you need to make your voice heard. So next time consumers.

One suggestion that I love is that Neal's character be the villian.

What are some suggestions and ideas you have for this project?
Send them to us below Consumers!

Who Should Be Casted In A Jordan Peele Adaptation of Gargoyles? 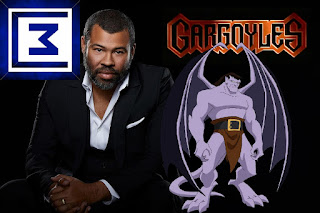 It has come to my attention that Jordan Peele, the director of Get Out, Master of Horror and OSCAR WINNER!!! Was in a meeting with the powers that be in Walt Disney Corp. The question came quick and probably before the coffee was pored. "We want to be in the Peele business" some guy in a suite who probably binged watched a few clips of Key and Peele on YouTube ten minutes before the meeting said. "Great" Peele replies, "I have some ideas". The poser leans back in his chair. "Go ahead, I'd love to hear them all". Jordan begins to dig his nails into the chair as if he was preparing to be taken to the sunken place. "I want to direct a Gargoyles movie".

For years, in my little circle at least, I've been seeing and hearing rumblings of a real life adaptation of the cartoon classic Gargoyles. If anyone remembers the original Disney Afternoon, Gargoyles was the bookend that came and changed the game forever. People call it a cult classic and with a small interest group but in a world where films have been green lit with less apeel, less buzz or interest and go on to become hits, I see that this is an investment that definitely worth the risk. The cartoon was darker and more violent than most Disney properties but so was the Pirates of the Caribbean and if they can greenlight terrible sequels to that, they should be able to pull out a decent trilogy by staying true to the story given to us by Michael Reaves and Lydia Marano. The story arcs, the mythology and the Shakespeare throwbacks were so intelligent and captivating. It was the first time that a kids cartooned tried to make adults out of its audience. I credit it mainly for my interest in Greek Mythology and Shakespeare.

It was ahead of its time and a true masterpiece of writing. Lets look at the characters alone for the evidence. You have Goliath voiced by Keith David, his voice acting career is mesmerizing. Him as Spawn only added to Goliaths intimidation factor. Elisa Maza, voiced by Salli Richardson, a half black half Native American police detective. This was before Obama, before the #MeToo movement, before the anti bullying. She was as tough as nails and was never a damsel in Disney princess type. She saved the day more times than I can count. David Xanatos was a bit of a cliche, more of a Lex Luthor type but with a higher sense of honor that reminds me of the methods of a Ironman as played by Robert Downey Jr. (Perfect casting by the way). Lastly, the immortal Demona, her cold heart and millenia of experience made her a tragic and lethal lady of death. Nothing was beyond her ability, magic, technology or both she mastered everything.

If only Disney would go the route of Deadpool and put out some test footage to gage the audience. Don't try to dumb anything down, that's not what works for this story. Learning the history of what stories and villains were based on was half the fun. Hearing the news that Jordan Peele was pretty much stalled out of the meeting without the benefit of a proper "no thank you" from Disney is evidence that they are just scared. If we only had the first three Pirates movies and Peele had the Oscar, maybe. If only The Last Airbender film did not get Sham Hamered, we would have our Gargoyles. Or maybe, just maybe, there's not enough real significant interest to justify it.

I'm still hopeful
and believe one day it will happen. If it were to happen within the next five years, here is who I'd cast.

Goliath voiced by Keith David I would want all the original voices for the gargoyles.
Rosario Dawson as Elisa
Margot Robbie as Demona
Robert Downey Jr. as Xanatos