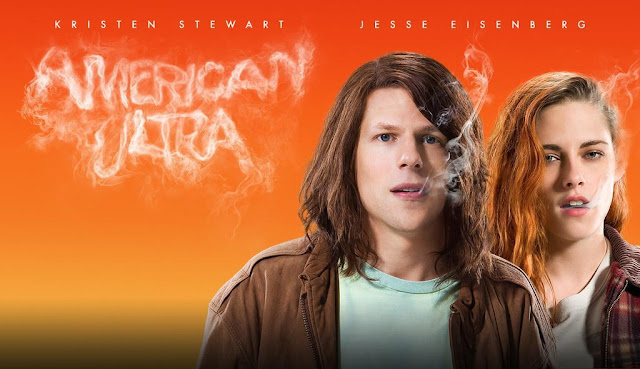 At First Glance It Looks Like Its Going To Suck . . . Then Something Amazing Happens!

A mysterious lady, Connie Britton (Victoria Lasseter) walks into the convenient store and says to Jessie Eisenberg "Echo Quire has been breached". Then this movie trailer turns from stoner movie to awesome action. Eisenberg is now Agent Howell and he's been activated. Killing two operatives with a spoon and now he must be terminated. Howell is some kind of trained killer who thinks he's a robot and does way too many drugs. Even Kristen Stewart is in this movie and I didn't mind! John Leguizamo looks awesome and hilarious in this film pure usual. This is also a possible major step in the right direction for Topher Grace who seems to be the CIA head hunter (Adrian Yates) bent on bringing Eisenberg down. This movie could be a complete train wreck but I feel like its another Zombieland. Feels like a awesome cult classic in the making but time will tell. We may be looking a a sleeper hit in this new action/adventure known as American Ultra.