Nicki Minaj Donates $25,000 To Geoffrey Owen When Kids Are Starving In America 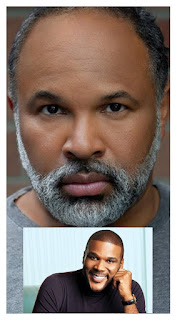 Originally when Geoffrey Owens was put out on twitter by Karma Lawrence pointing out that he was working at Trader Joe's, seemingly job shaming a working man but I see it more as an instant reaction. Most of the time we blurt out the first thought that crosses our mind. This is what crossed her mind and a lot of people jumped on board with more negative posts since. This, according to Owens, hurt him and his wife but less than a day later the flood of positive support came in and washed over everything. Since then the job offers and fan support has caused Owens to leave his job of 15 months at Trader Joe's, which he's able to go back to any time. The press and exposure has been a great thing for business but probably overwhelming.

Since then, Owens has been on the Today Show and on interview with Robin Roberts, he stated that he would love to keep acting as he currently has while working other jobs but would not want to just be given offers from this current event. He's wants to only receive opportunities or auditions. That being said, producer Tyler Perry made an offer to Owens for his show on the OWN network.  Owens expressed interest.

To me this did not seem like a come over and audition and we'll see if it works out situation. This is a direct offer. Lets be clear, Owens will take this. Its familiar sictcom territory and its on a major network by a powerful, respected producer. You don't just say "maybe", you say "yes".


#GeoffreyOwens I’m about to start shootings OWN’s number one drama next week! Come join us!!! I have so much respect for people who hustle between gigs. The measure of a true artist.
— Tyler Perry (@tylerperry) September 4, 2018

It has now come to my attention that Nicki Minaj will donate $25,000 to him because of all this. To me, it just goes to show you, it doesn't matter if you're black or white. The rich always find a way to give money to other rich people. Or in this case, famous getting money off the rich. So many people in this world who could use that kind of money. Hell, I could use that money more than Owens. I'm not saying he isn't deserving but the guy has already been given a spot on the Have's and the Have Not's and now he's getting an extra 25 G's? There are a lot of charities in the world. Harvey victim's and a man who said he didn't want a hand out gets to take the first hand out because it came from Nicki Minaj? I just don't get it.

Maybe he won't take the money. He'd be dumb not to and I don't want to shame anyone. Hell, take the freaking money. But, in hind sight, there are more deserving people in the world. I think after everything Geoffrey Owens could do the world a favor by being a motivational speaker. He would be perfect at this based on how he's conducted himself. At the least, he'd make more money than he was making at Trader Joe's. All of this is just a publicity stunt for the rich hidden by a campaign to make another celebrity from yesteryear rich again.

Peppermint is a revenge tail about Riley played by Jennifer Garner, a woman who loses her family to a Mexican cartel shooting. After the justice system fails to punish the people involved Riley find the cartel and the system guilty of failing her and her family, pushing her to go into hiding and train for five years in order to take out all of the people involved with the killing of her daughter and husband, as well as the people who did nothing to take them to jail. Peppermint, has a title that doesn't make sense to the plot, well, it kind of does but that doesn't take away that its a very fun movie and a action packed adventure. In the same vein as Salt and Atomic Blonde, most people now a days connect these movies to John Wick. Give a person a gun and let them gun down a large group of bad guys and the comparison to Wick is always the standard. I see a closer relationship with Salt and Atomic more than Wick. Riley is a tough cookie but even the lowest assassin on Wick could probably take her down. The dialogue of the film started out bad but you get past that as the plot thickens. The music choices were also misused making me have to ignore that as well. I was beginning to feel like this was going to be another Elektra fiasco. Suddenly Garner takes down a group of men in an impossible situation that rivaled some of the best 80's classic actions and then you get the sense that this could be something special. At one point I felt that the attack that caused her damage to her head may have given her a superpower, seemed as if she possessed a super like photographic memory but this feeling disappeared because it was barely referenced after the first few times I noticed it. Besides that, Riley did seem to develop a powerful will to avenge her family that made her seem all but invincible. This was a fun ride of a film and I have no doubt the critics will rip it to shreds but if the people give it a chance it could gain legs at the box office.

Check out the review on YouTube, after the first ten minutes there are some spoilers.

The season starting off with the typical Netflix recap of season 1 was done more cleverly than in any other series. Julia Garner's character Ruth is visiting her father in prison and explaining everything this she knows to him but is really explaining everything to the audience. Leading to Marty Byrde picking up where he left off with Jacob and his wife in order to figure out a way to smooth everything over with the cartel after what happened in the last season. Overall this season tops the last with twist in the each characters overall moral compass. Acting wise, there's nothing wrong with the entire cast. Each actor gives an Emmy Award quality delivery and gives themselves completely to the tone and atmosphere around them. The weight of the cartel is always glooming over every one; really you don't see them. Only their representatives, such as the lawyer played by Janet McTeer. Without firing a shot, with only her words, you feel the weight of the world looming over everything. As if a demons had making its way closer to the throat of the Byrds.

Ruth
Julia doesn't miss a beat with her emotionally disassociated character who seems to really have a deep connection to her father. She is pretty passionate about being more involved with what Marty does. The more I see her request things from Marty and talk so softly towards him the more it confuses me. Does she long for a healthy father figure relationship, is she attracted to him, both? These are the questions that I have as the relationship between her and her father blossoms. Her fathers comment on blonds was very interesting. She such a fake real tough girl. Going back and forward with the guilt of what she did to her uncle, Wyatt's father, is making her rotten from the inside.

Marty Byrde
Returns back to work to find his money is missing. The fact that has to come face to face with the fact that all of the women in his life eventually betray him is a huge stepping stone to him hardening. Rachel and Marty finally exploring their relationship under duress is so weird and romantic at the same time. Its an affair on so many levels.

Wendy Byrde
Seems to have adjusted in her role as partner/wife very well. After the reality of last season it seems that getting back into politics is a huge turn on for her and for there marriage. Seems to be going full Heisenberg from Breaking Bad. She's better at being a gangster than Marty. All while the Politician propositions her. The ruthlessness of her inner self is coming out more as she gains the confidence of the cartels lawyer.

Charlotte Byrde & Jonah Byrde
His honest questioning of his parents isa comic relief aspect. Charlotte finding out that her mother cheated is only an added wedge. Charlotte moving forward is slowly spiralling down more as her brother seems to be a natural. Jonah wants to be like his father and mother, he's a perfect reflection of their overall potential and Charlotte is a reflection of their regret and slow declines in life.

Jacob & Darlene Snell
Seems that their only answer to a murder is more murder. The only code they respect or follow is the ones that benefits them. Darlene's just more of a liability. The code they seem to follow seems to have more meaning to Jacob or if you think of it to Darlene to a fault. Which is what lead to the end they deserved and when it came still felt bad. Wow, its like God really wants these people to live. "I met with them alone because the last time you under minded me and almost got me killed" I feel those were final words. Then he said it "Don't push me Darlene". This woman is crazy. She will not be told what to do. I use to be married to a woman who knew better than everyone and would not take advice or follow the lead of a man that she claimed was a leader. Even when that man treated her like an equal and valued her leadership as well. Both of the Byrds and the Snells have issues with undermining. Even Jacobs final moments were undermined by his wife. Its amazing. The saying "The CIA don't have shit on a woman with a plan" rings more true with Darlene.