Evolving from single-celled yellow organisms at the dawn of time, Minions live to serve, but find themselves working for a continual series of unsuccessful masters, from T. Rex to Napoleon. Without a master to grovel for, the Minions fall into a deep depression. This is the part in the beginning of the movie that was also in the trailer. I was out buying popcorn. 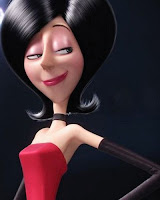 Sandra Bullock as Scarlett OverKill was one of the funnier characters, the duo of Jon Hamm as Herb Overkill was a great dynamic. I didn't know that all the Minions were voiced by Pierre Coffin.


I'll have to watch this movie again to determine with was the better film, Inside Out or Minions. Though I believe Minions will make more money and take the top spot till Ant-Man will make the cut. My prediction for the week. Minions are number one, Jurassic World will take number two spot and Inside Out will be third. 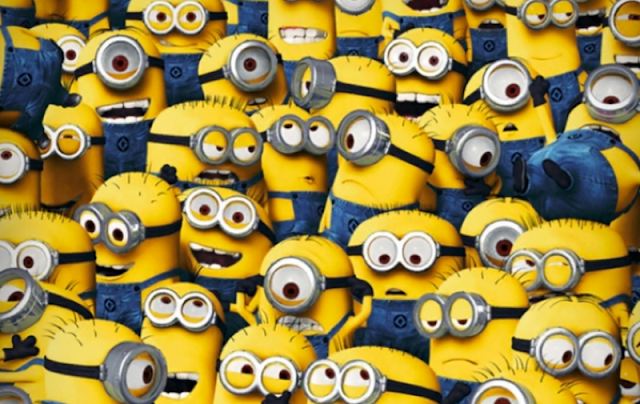 The biggest surprise that I could have waited for was the return of Steve Carell as Young Gru. I was okay with it but I felt that it was too soon. If Minions spawns a sequel I would have rather Gru come then. But I can see that were leaning towards the adventures of Gru and Minions from the younger years.
at July 11, 2015 No comments:
Email ThisBlogThis!Share to TwitterShare to FacebookShare to Pinterest
Labels: Disney, dreamworks SKG, films, Franchise, Inside Out, jon hamm, Minions, Sandra Bullock, Scarlett Overkill, Spoilers
Newer Posts Older Posts Home
Subscribe to: Posts (Atom)
Follow @t3medias