Is Jodie Comer The Perfect Human or Just Another Average Goddess?


I was first introduced to Jodie Comer via Dr. Foster and I couldn't stand her. I mean I hated her and everything about her. Which meant she is a brilliant actress. She did her job. Because it wasn't her I was upset with it was the character. She's doing it to me again. Making me feel feelings on a human level, when I just want to couch potato it out and just be myself. I can't do that when she is working, when she is on the job. Doing that thing she does when the director says action after memorizing her damn lines. Ugg! She distracts me. Like the lure of the siren song. I bet you think I just have a crush on her because she's one of the most beautiful people I've ever seen. You'd be right but this is also true of Dwayne The Rock Johnson and Winona Ryder. There are just people in this world who are like gravity. I'm pulled in and can not break free. But yes, she's attractive too. If I were single, I would definitely be getting turned down by her at this very moment. There's no way I'd have a chance to even serve her coffee and there I go again. For all I know we'd have a lot in common and fall in love but because she is so good at what she does I fantasize out of the norm and place her on a petistle. There are just some people out there you hope to meet and at the same time never want to break the enchantment from fear they might not live up to what you blown out of proportion. She's just a regular Goddess. A perfect human.

Villanelle (Perfection Villainess) is eating ice cream sitting across a mother and daughter in a shop doing the same. Villanelle is probably a psychopath so she can not sit quietly without creeping out the little girl who catches her attention. Luckily the pervy shop keep is also looking at the little girl and smiling a little too hard at her. But this makes her smile and this is recorded in the mind of our villain. Being that she must hide in plane site, she mimics the pervert and gives the girl a similar smile. Success, the girl smiles back. Time to get up and leave then knock the girls ice cream in her lap when her mother isn't looking and keep walking as we hear the mother yell at her stupid clumsy daughter. She'll never have ice cream again and that makes you happy. Its five past seven time to kill someone. Then we learn our heroine Eve has a thing for serial killers who are smart enough to get away with it. Creeper. She's under appreciated at her job as a spy but she is the only one smart enough to assume the killer is a woman. This causes her to be fired later because the powers that be don't like back talk. Fortunately for her the real powers that be see potential and keep her on even though she put a young suvillain at risk and was not able to stop the only witness to be murdered. None of this was really her fault but its funny how she was totally under the bus by the end. Villanelle dialogue with her handler Konstantin is hilarious. She seems to truly care for him. Maybe because she can be herself with him and he doesn't judge her for her its actually fascinating. I can't tell if he loves her as a daughter or if she reminds him of a former wife or lover. Or both. There is passion in his eyes. A softness for her. Assassins are so complicated.

Episode 2: I'll Deal With Him Later

Carolyn sets up Eve on an official unofficial task. There's hardly any money, there's no ladder, you're completely deniable. Konstantine, "Breaking into my apartment and drinking from a tiny cup doesn't make you intimidating it makes you look rude". Now its time to visit the psychiatrist. Look at these pictures of dead people and dogs and okay, she's laughing and doesn't care about victims who beg for their lives. Yes. She's fine. Back to work. The best line was about the people who hire her. "I respect their privacy". Perfect answer in this line of business. Woops, you made a joke about your mother and Anna, lets put you on sick leave. This just before she steals the tickets from Konstantin and prepares to do the job anyway. I think he let her. No way you're in that business and not know when someone is picking your pocket. Villanelle and Sebastian sitting in a tree and going on a date. He asks, where do you come here from, then she replies, with the same question (sociopath). Lets just get to the good part, the sex. Eve using her eyes to look down on Sebastian as she rides him. I'm sorry, but men all over the world can forgive a sweet innocent like him for cumming so fast. That was intense. Now, lets put this same character with an admitted freak like myself in the same scene. Same results, she's gorgeous, I'd cum quick too, but I wouldn't apologize for it, I'd just let her choke me and get ready for round two. Did she have an orgasme? of course not, she was studying your face and what you'd look like dead. But What A Ride. Her target, Carla, I'm surprised how easy it is to murder someone as long as you flatter them enough. I'm sure its really that easy.Killing the boyfriend was even easier. First time we see Konstantine willing to put Villanelle in her place and vice versa. Eve realizes she's met the assassin and so has Villanelle. The game is on.

Episode 3: Don't I Know You 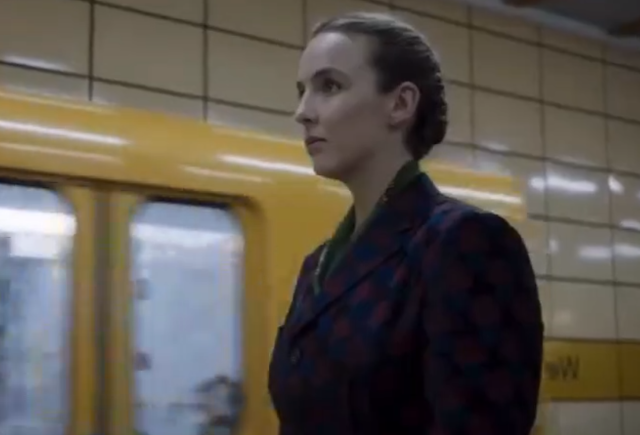 Her skin is smooth and bright, with a lost look in her eye that was direct and chilling. Totally focuses. Killing an Asian Business man with a sense of kink was a unique way of killing the opening target. The starter kills are making Dexter look like an amiture. Villanelle's need to look into the eyes of her kill is her blood slide. I'm sure she recalls each of them. This was a point of the series where the cat and mouse effect really took hold. Who
is the cat in this scenario? You can try to corner your prey but when you've realized that you've been suckered into a trap. Finding out your the mouse sucks. But Bill did warn us. He said he was going to die. It was a not so subtle joke. 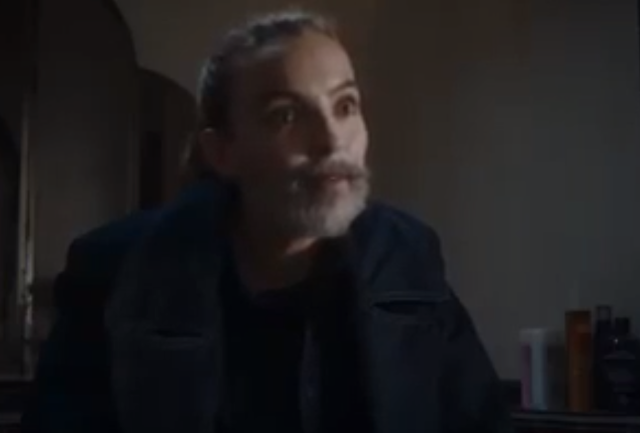 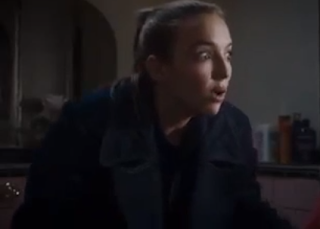 If you can't play along you will play with your brothers and sisters. This from Konstantine, an angry Konstantine. Villanel plays up the childish behavior to lower his guard. The more rouge she goes the more she senses he will have to kill her. So he makes a statement about her brothers and sisters. This is possibly a threat. Maybe he helped raise her, maybe he killed her family. Maybe the brothers and sisters are just other assassins. Either way, she gives him a childs toy and says "For Your Daughter" the look on his face meant, I am the cat. I just let you think I was the mouse. I believe this will either ring in a renewal of their relationship or makes sure no more threats will be needed. Seems like it's going to be all about actions. I'd be lying if I didn't say I didn't play out in my living room how I think I'd fair against Villanelle. I'd hope I wouldn't just punk out.

Episode 5: I Have A Thing About Bathrooms 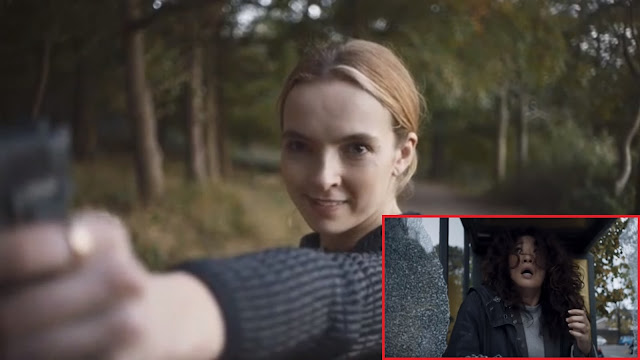 Such a gamble to just get out of the car and try to talk to your assassin crush. Lead right up to her discovering where you live Eve. Now you have a psycho in your house and you just called her a psycho, she's not going to like that. The entire experience was more than gut wrenching. The meal together was tense but sometimes it was nice. Better than some dates I've been on. Do you think her husband now thinks Eve is cheating with a woman.