Sofia Boutella Performance As Jaylah In Star Trek Beyond

Sofia Takes Us Beyond 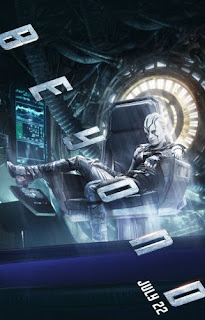 Its no secret that I loved the third Star Trek film. I believe it is the best of the trilogy. According to sources, the franchise is green lit for four more films. Sofia Boutella's character Jaylah is easily a throw away character but I hope she joins the team officially. Sofia brought magic to this character as she brought magic to Kingsmen movie.

Both situations, I had low expectations and both times I was blown away, mostly from what she brought to the situation. I don't know why she is such a mesmerizing person. I have yet to look into the rest of her career, I don't know of her personal life. But the energy and charisma she brings to the screen is something I see as nothing but extraordinary.

The character Jaylah was instantly lovable, an ass kicker and a scene stiller. She's like instant gravity. Not just because of her looks, she's obviously an attractive woman, but what makes her attractive is her energy. Even the quiet riot she brought to Kingsmen, it was a show stopping performance and now I'm worried because with her upcoming films, like The Mummy, I'm totally aware of her now and will have the bar set up high. If she stays on this path, I'll look for her to take her career to the next level. 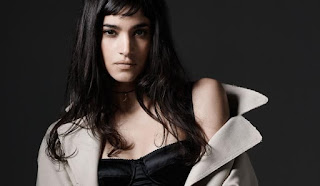 I see the potential for greatness in her acting. I don't know what it is but she's going to bring home the gold in my eyes. Someone needs to take a chance on her with a drama. I feel she would just kill it.

Till then. Go see Star Trek Beyond, beside her great performance the rest of the film is amazing. It is totally re-watchable, more so than the first two were and I liked the first two. Instant classic. With a class act of a cast.