A Few Ways Disney Will Mess Up Frozen 2 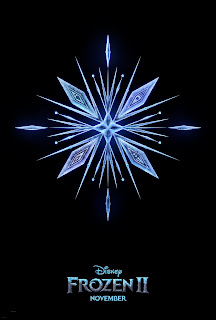 From the opening of the trailer it shows a very dark and realistic island that Elsa is stuck on. How did she get there?

Did she go on a quest to find her parents wreckage? Was she tricked? It seems that the kingdom is under attack and now the biggest asset is out of pocket. Obviously a master mind is at play. To me it has a feel of divide and conquer. Ana has to go on yet another voyage to find her sister and we're going to get another line up of great songs while we hunt for her.

The idea of going a little darker is not bad because the kids who fell in love with the first film are a little older. We all are. We don't want to see the same thing. That being said, if the plot is anything like what I mentioned it will almost be the exact movie all over again.

If Elsa is gone during the majority of the film its not even really frozen, its melted.


The first movies villain said he had a lot of brothers so if we're bringing back that element, once again, the same movie. I hope we're getting a new concept because this could really derail the sequel. There's something to be said about the "if it ain't broke don't fix" thing but come on, if the plot is too similar, this is just a pathetic money grab on an insulting level.

They might as well tell the kids "If you're parents love you they'll take you to see this film".